An educative series for children over 18 years old, Peepoodo & The Super Fuck Friends explores sexuality without taboos and in all its forms, including dicks and nipples. A positive sexuality, that is unrestrained and totally ignores prejudices… culminating into one single message: tolerance. 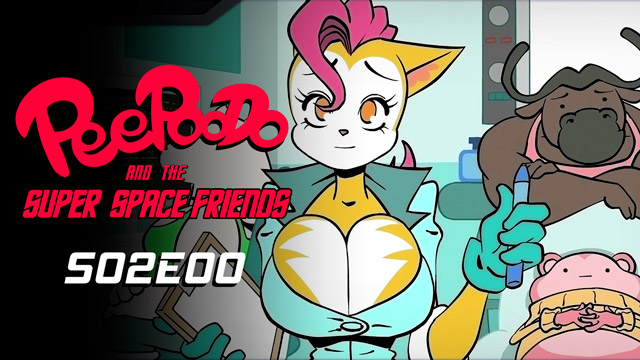 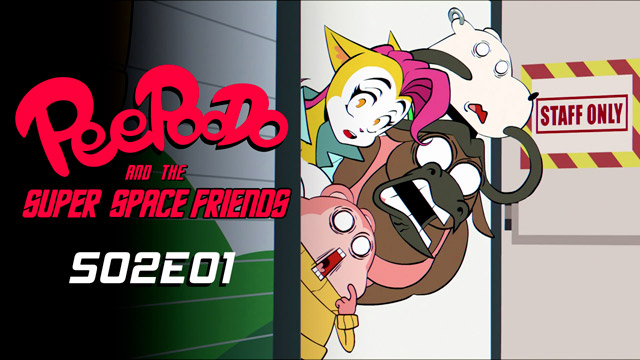 Following the destruction of Earth with his cock, Peepoodo and his friends Evelyn, Tuffalo and Dr Pussycat are wandering through space. They're stuck inside the doctor's office; they've lost propulsion and the seal keeping them from the vacuum is compromised. Our heroes are in dire straits... 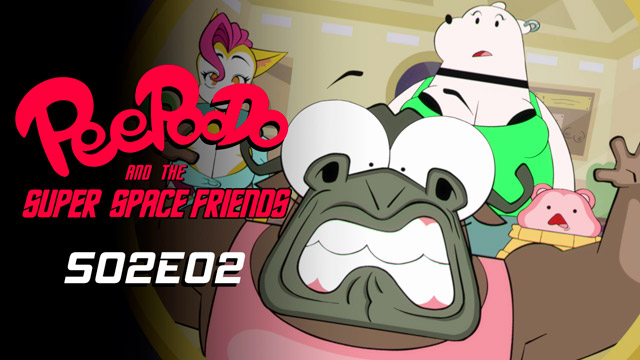 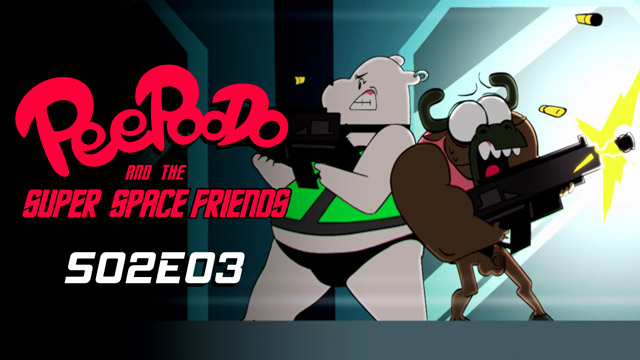 Episode 3 : In Space No One Can Hear You Cream 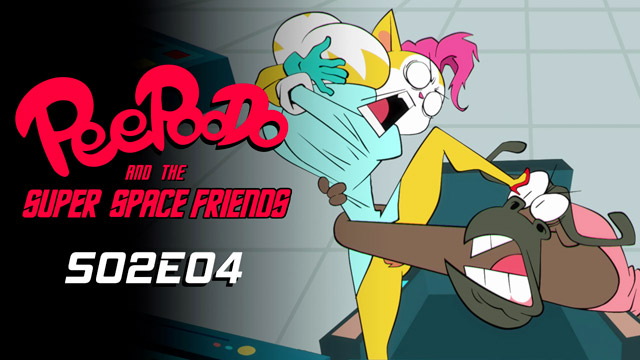 Tuffalo and the Doctor's constant bickering is creating a heavy atmosphere on board the ship. In order to get away from the mounting tension, Peepoodo and Evelyne decide go shopping. 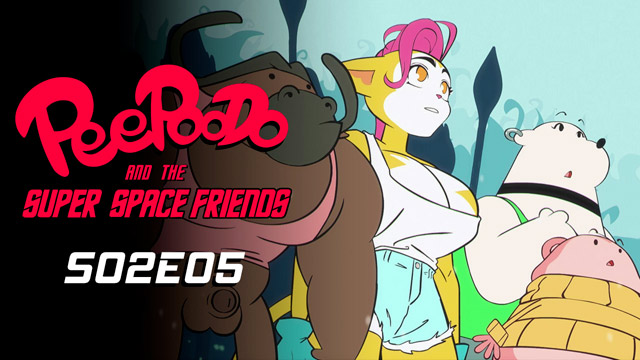 The friends land on a tropical planet, populated by strange creatures… 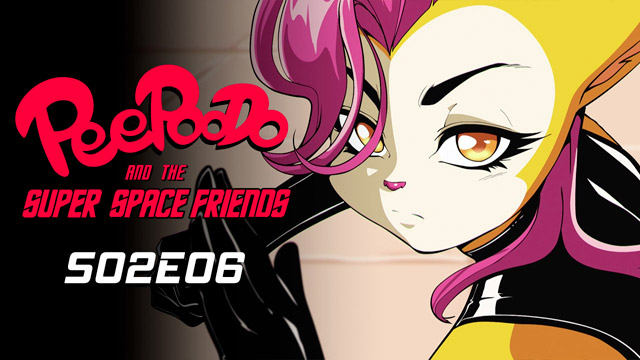 Their search for the Onn-Aka brings the crew to a new planet. They land in the middle of the Onn-Aka tournament, an event seeing the greatest sexwarriors of all time brought together to face Quantrix, the undefeated champion. 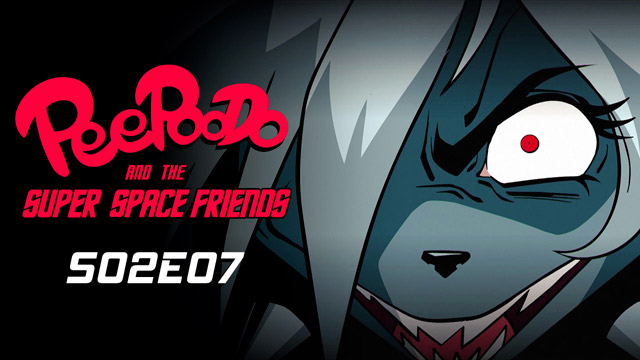 Episode 7 : How To Train Your Penis

Pussycat, Evelyne and Tuffalo are taken prisoners by Beatrix. While trapped in her spaceship, they realise with horror that she has taken control of all their friends in the Pretty Forest. 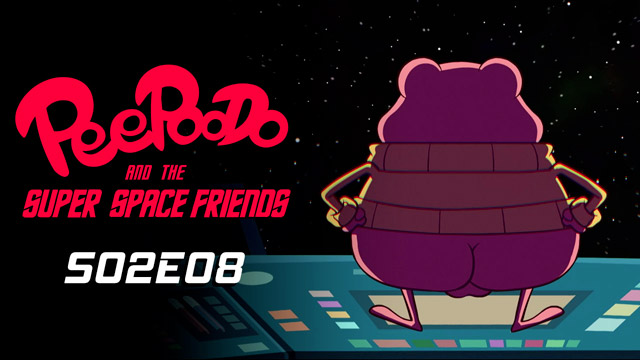 As the relationship between Peepoodong and Beatrix reaches its peak, the entire universe is under threat of collapse… 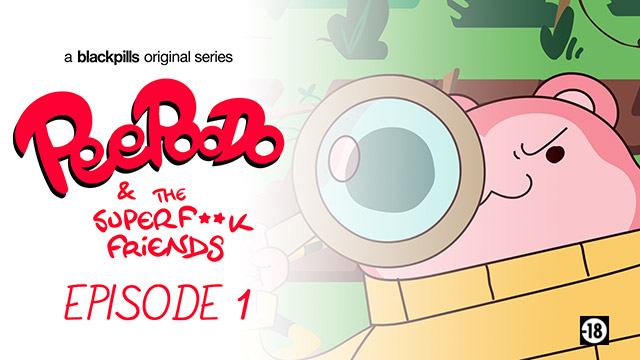 Mr. and Mrs. Bunny are devastated after their garden is destroyed. But who is the vegetable thief? 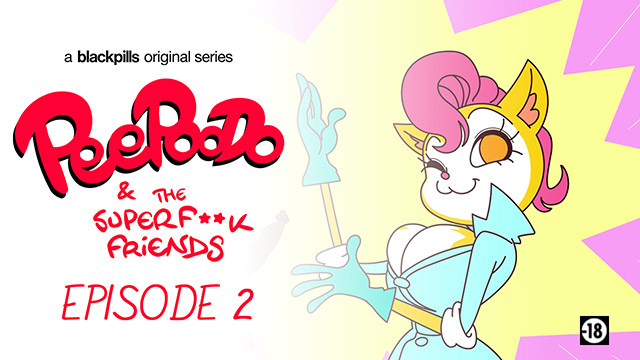 Lilifan’s sad that she sucks at basketball. Peepoodo finds himself caught in a sticky situation when he tries to help. 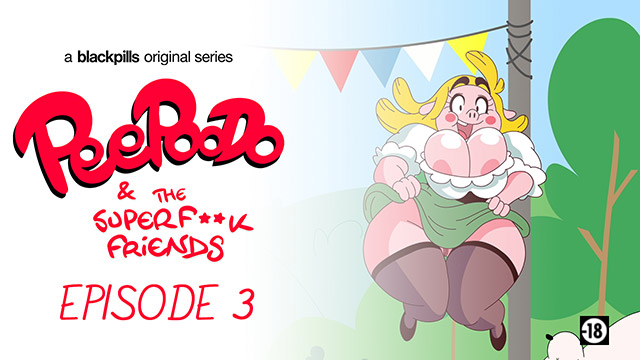 Peepoodo invites his pen friend to The Pretty Forest. When he arrives, he offers to throw a big party with some special German traditions. 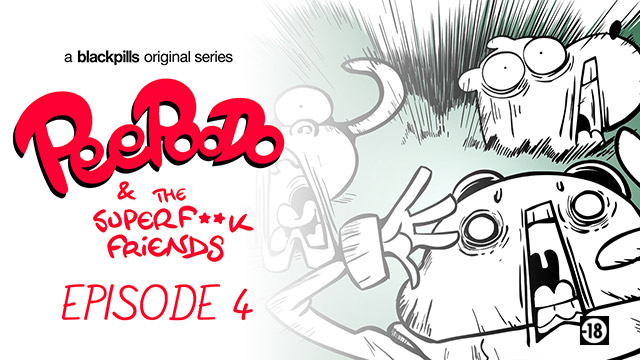 Peepoodo and his friends are hiding behind a bush, gazing at a wonderful creature who also happens to be a witch. 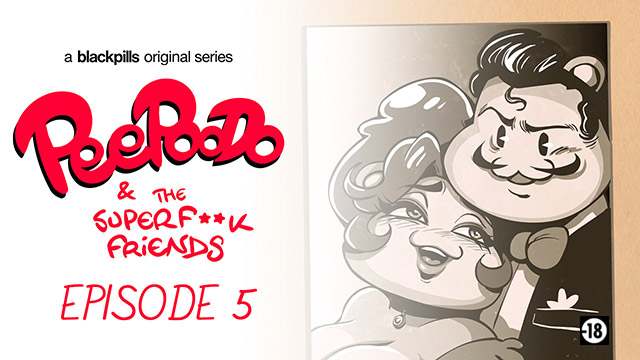 Peepoodo pays a visit to his grandparents, who love grapefruits just a little too much. 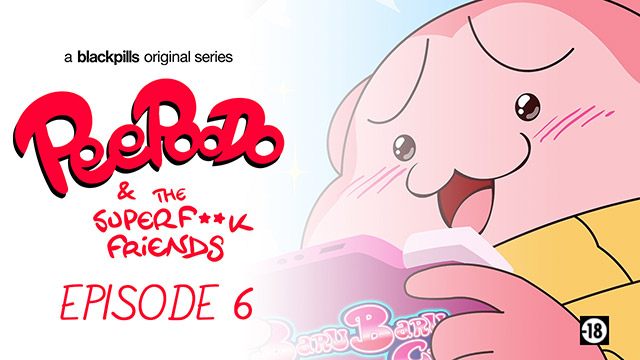 Peepoodo gets addicted to a video game: BaruBaru Chan. He doesn’t even go outside anymore, putting his body and mind at risk. 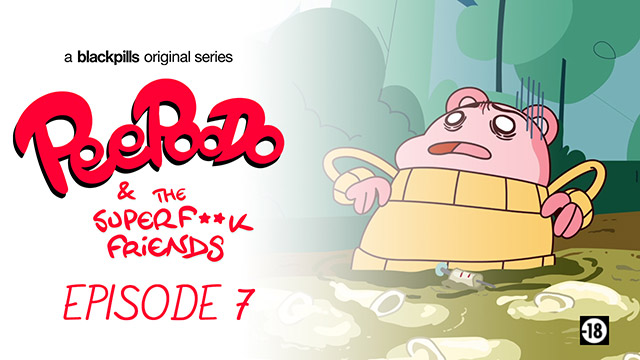 Bernard, the old librarian toad, tries to teach Peepoodo the secret that will save literature: The story of The Magic Tree. 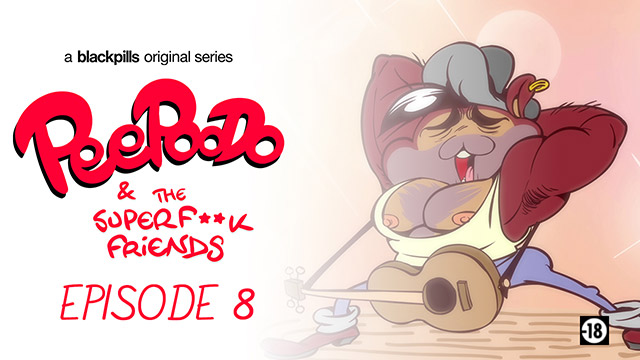 Episode 8 : Peepoodo is in Love

Peepoodo doesn’t get what’s happening to him. Every time he sees Tonio, the musician with the body of Adonis, his heart races and he feels sick… 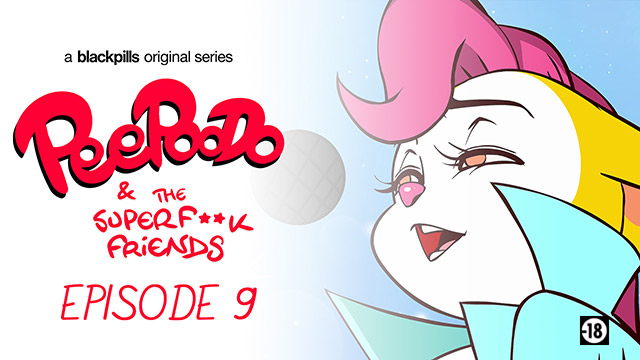 It’s Party time at The Pretty Forest. The perfect time for its residents to find a common ground through music. 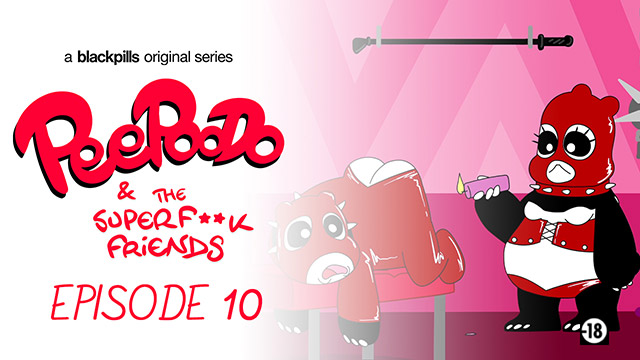 Tuffalo, Kevin and Peepoodo are interns at Doctor Pussycat’s office. Two hipster pandas who are struggling to have children come in for a consultation. 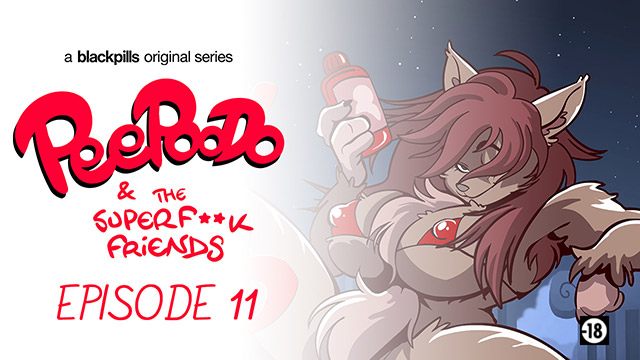 Episode 11 : Night of the Waxed

Ads for the brand new Pro 3000 Epilator are everywhere in The Pretty Forest. And everyone is using it to make themselves feel sexy... 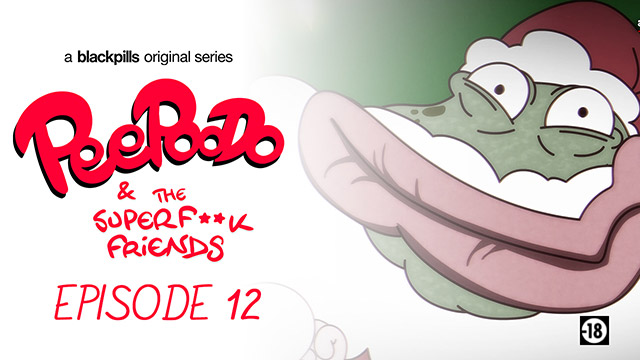 A special « Crime » style edition will help to shed some light on the legal system of The Pretty Forest. 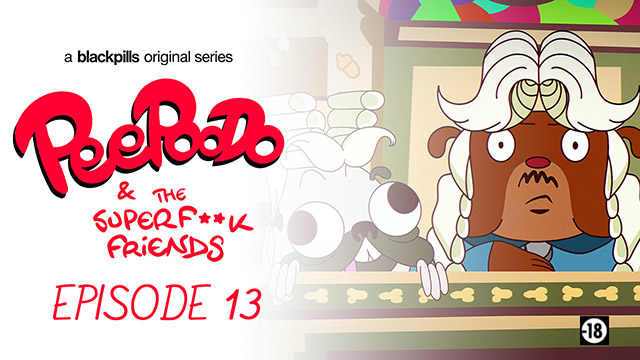 Peepoodo is being accused of a crime. And under The Pretty Forest’s legal system, he’s in line for a life sentence. 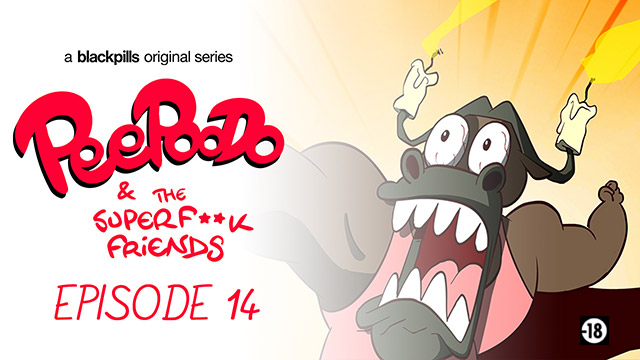 Peepoodo is in charge of Doctor Pussycat’s office while she heads off for a seminar. Everything is going well until Lilifan comes in for a consultation. 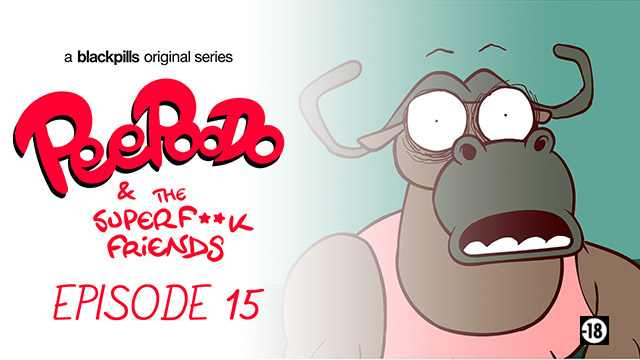 Tuffalo is trying to have a good time, but such a simple task can be complicated in The Pretty Forest. 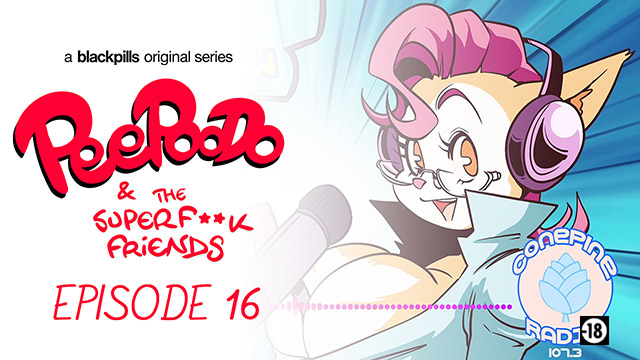 Tune in to Pretty Forest radio and listen to « Sex Craze », a fun and sexy show hosted by Tuffalo and Doctor Pussycat. 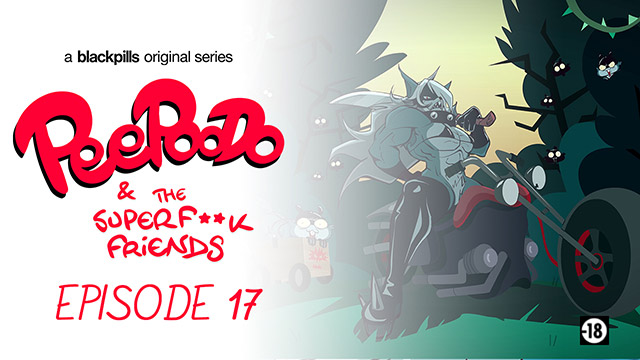 Peepoodo’s gone after the mean She-wolf of The Evil Forest to prove to Tuffalo and Evelyn that he’s no baby. 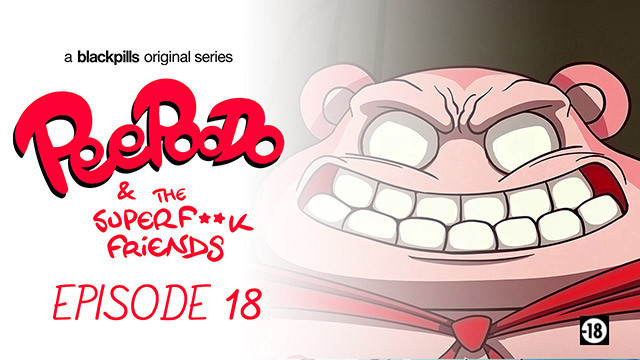 Peepoodo loses control of his dick. Could this be the end for The Pretty Forest?